The regatta is part of the South Baltic Cup 2021

There is jazz in the soul of every sailor

We would like to invite you to the VI Baltic Jazz Regatta, which will take place on 5th until   8th  August 2021.

The inspiration and main thread of the regatta is the Østersø Jazz Festival which for 25 years has been bringing top jazz musicians to Bornholm. Our main aim is to bring the sailing communities of the Baltic countries together, and to strengthen collaboration and relationship with each other through the spirit of competition. We hope to create an event that enables less experienced sailors to improve their skills, while allowing all participants to have an amazing time whether on the water or the island. Through contact with live jazz we also aim to increase interest in music. 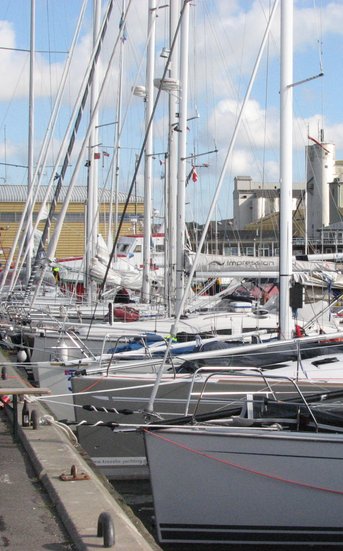 The REGATTA is organised by the tourist company BORNPOL in cooperation with Nexø Port Authority, Yacht Club Nexø and the Østersø Jazz Festival organisers.

The regatta will take place in Nexø, Bornholm.  Nexø received its municipal rights in 1346. The first reference to Nexø harbour can be found in chronicles from 1660. The port was expanded due to the opening of the Frederiks Stendbrud Quarry in 1754. In 1860 proper port basins were completed and through years Nexø became the most important town to the east of the island. In 1880 a shipping company Østbornholmske Dampskibsselskab was established providing connections between Nexø and Copenhagen. Increased shipping traffic led to further development of the town, and in 1901 a railway line between Nexø and Rønne was opened.

The port was seriously damaged during the final days of WWII. While rebuilding it, the decision was made to enlarge the port. From 1960s the fishing industry was expanding intensively, and it was decided that two new basins should be built towards the south. They were completed in 1964. Because of the expanded infrastructure Nexø became in the mid-1980s one of the largest fishery ports on the Baltic, with over 1.200 people working here at its peak. However, due to Baltic fishery crisis and constant shrinkage of fishing fleet, Nexø, like others, lost its importance. Currently the ports strategy targets sailing, recreation and tourism through increased yacht moorings on the marina and improved port infrastructure and ferry facilities.  Also other ways of development are being investigated, eg. commercial farming of sea fish. In the salmon hatchery Lakseklaekkeri scientific research and aquafarming courses are held. 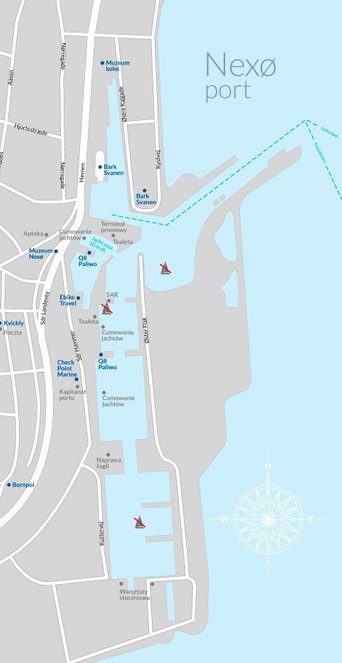